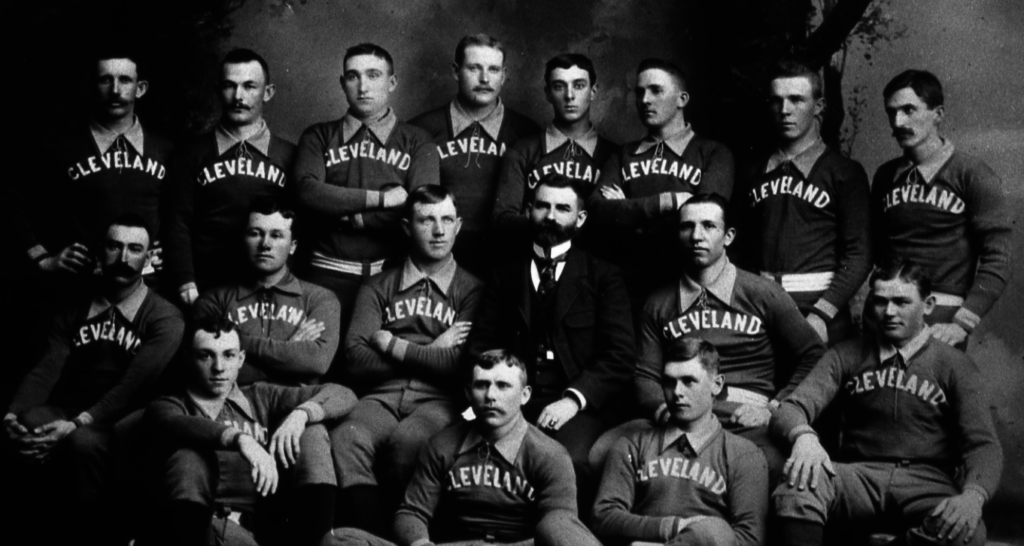 By now everyone is aware that Cleveland's baseball team has all but elected to drop their moniker, the Indians, the name they've carried since 1915. Those of us who appreciate the game's history have suggested that they change the team's name "back" to the Spiders. However, the 19th century Spiders, and the modern Indians are not the same organization. The scope of this article is not to detail the history of the Cleveland Indians.  Although, it should be noted that the team existed as the Grand Rapids Rustlers from 1894-99. The Spiders existed from 1889-99; they were two different coexisting organizations.  Why does any of this matter?

Obviously, former names of a current organization that have gone defunct are more likely to be owned by said organization. This is the case with the Cleveland Naps (the former name of the Indians from 1903-14). The Cleveland Naps are trademarked by the Cleveland Indians Baseball Company Limited Partnership Cleveland Indians Baseball Company, Inc. So, who, or what owns the Cleveland Spiders' name? Thankfully, these records are public information.  As such, one can easily discover that the "Cleveland Spiders" are owned by Arlen Love, who lives in Vancouver, Washington. Love filed for ownership of the name on July 7, 2020 for the purpose of "goods and services", or more specifically "sports jerseys". For those interested, this information can be obtained at tmsearch.uspto.gov. It is not public information how much Love paid for the name, and it can be assumed he would not reveal how much the Indians would pay for it, were they to need it.

Will the Indians change their name to the Spiders? Will Love's ownership of the Spiders' name play a part in this? To be sure, if the Indians want to rename themselves as the Spiders, they would have no problem paying whatever price Love would desire. Regardless of however this plays out, it can be said that Love has shown clever foresight, and it will be fun to see if the Indians can obtain the "Spiders" in time for the upcoming shortened season set to begin in less than two weeks.

I'm a baseball historian that focuses mainly on the 19th century, as well as the "dead ball" era. I'm the author of The 1914 Boston Braves: A Miracle in Beantown.

This blog deals with 19th century baseball history, as well as the early 20th century period known as the "dead ball era".